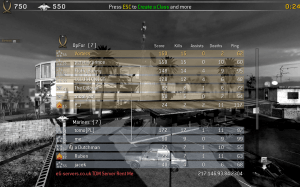 No, I haven’t taken up free running I have just been playing a little more Call of Duty 4 over the past week, I was encouraged to look back at it by a friend some time ago. Only just got round to trying it again.

Since I last played there has been another patch, that includes new maps (I thought there were four maps, however I have only played three.

I seem to be playing fairly well still, I go through phases where I can get some awesome scores for a map or two a few matches later I can’t seem to get a single kill in. Finished the above match a few minutes ago - decided it was best to call it a night and end on a high rather than risk a crushing defeat in the next match. 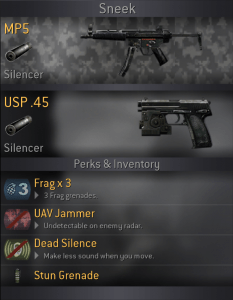 The community seems to have matured, there are more clans hosting public servers that they actually play on and there are fewer M302 spammers around it seems. A wider range of weapons in use for the different roles, and occasionally organized teams of randoms all going stealth (my preferred class - Silenced MP5, Silenced USP .45, 3 Frag Grenades, UAV Jammer, Dead Silence and a stun grenade). This is probably the class that gets me the most kills. My main tactic is slowly move around the map with one or two other people dressed for stealth, taking people out as we go. Aim for head shots where possible you can usually predict where people are going to pop up, in the corner of windows in between gaps in walls. The range of the silenced MP5 is severely reduced so sniping from a distance can only be done with short bursts (i usually try to squeeze out two or three bullets with two short clicks). The more I play it the more I wonder if I might enjoy being in a clan that is on a competitive gaming ladder. Then again what with playing EVE, Team Fortress 2 and AudioSurf fairly regularly makes me wonder if I would ever have the time.